Ironart’s restoration specialist Martin Smith is  a wearer of many hats. One of his chosen specialised subjects is the history of the Short Stirling bomber of which no complete examples exist today. The Short Stirling was the first four-engine heavy bomber to enter RAF service in the Second World War. It was at the forefront of the night bombing offensive against Germany before high losses forced its relegation to second-line duties. In its modified form as the Mk IV and Mk V, the Stirling fulfilled vital roles with the RAF as a paratrooper transport and glider tug and as a long-range passenger transport.

Martin has spent years collecting memorabilia and parts to recreate the instrument panel and sections of the fuselage  – his project has real historic value. We’ve blogged about this in the past (Click here to read all about it).A few weeks ago Martin was tracked down via this blog by a fellow enthusiast and author Jonathan Falconer who needed his expertise and input for a new Haynes, Short Stirling Owner’s Workshop Manual – which has just gone to print.  Believe it or not, these photographs were taken just a few weeks ago for the manual, they feature Martin dressed in vintage pilots uniform in front of the instrument panel he has painstakingly recreated, how cool is that! 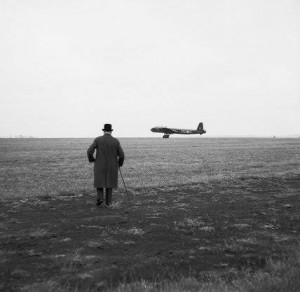 Archive photograph of Churchill with a Short Stirling bomber 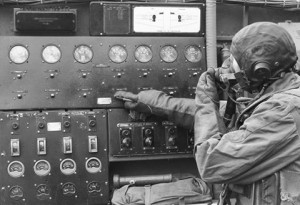 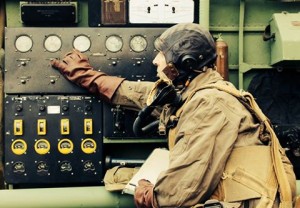 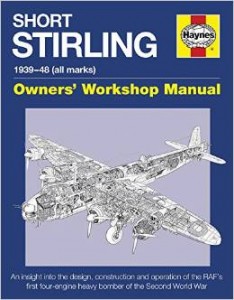