In 2018 we were fortunate enough to be selected to make new handrails for four of the towers at Wells Cathedral. The Bell Ringers Tower and the North, Central and South Towers. We had to create nearly 200 metres of 25mm and 30mm diameter pure iron handrail.

It was very exciting to be working on such a historic building that has stood in that place and seen a lot of things in its 850 years. In all that time no one had considered that they needed handrails and  to be the ones to put them in was a huge privilege.

Being a Scheduled Monument and a building of such historic and national importance, things had to be done to a rigorously high standard. With the architect having selected pure iron as the material of choice, matters were then slightly complicated by the fact that the structural engineer was unable to sign off a traditional approach to construction due to the lack of technical data on the material. After destructive testing of various types of  connection details for the handrail brackets, it was deemed that a traditional approach to construction, using riveted tenons, rather than modern electric welding could be used. This was a relief to all involved. It was a real challenge to then fit all the opposing fittings precisely into the stonework and handrail, so we came up with some ingenious jigs that meant we could do the job with certainty.

You can see here images of Jason working on handrails which were premade in the workshop on bespoke formers, no mean feat in itself! Once at Wells the need for methodical working and the complexity of fitting corkscrew pieces of handrail to ancient stonework with all its variations was quite exacting, it was deceptive, that such a simple looking structure was so hugely technically challenging but with the team’s combined skills and knowledge we are very happy with the final result which will be in the cathedral for many more hundreds of years!

Whilst the fitting team of Rik, Stacey, Martin and Alan loved the atmosphere of the place and to be working on a job like that, they were all glad to be back working on a flat floor. Rik and Alan became a lot closer having worked in the confined spaces of the central tower! 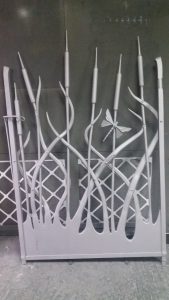 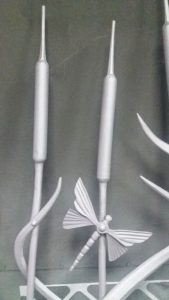 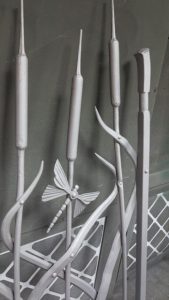 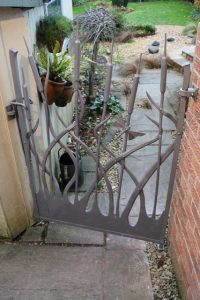 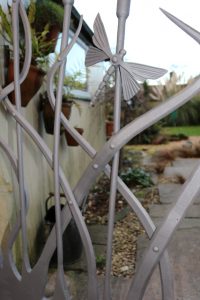 We blogged about the making and restoration of these three traditional wrought iron kitchen garden gates a few weeks ago. Please follow this link to read all about it.

We now have some pictures of them in situ and they look truly stunning. If you would like to talk to us about wrought iron gate restoration, or have a new commission in mind, please get in touch.

As part of a much bigger project we installed this pair of bespoke handrails on the steps of a really lovely large Georgian house in Widcombe, Bath. 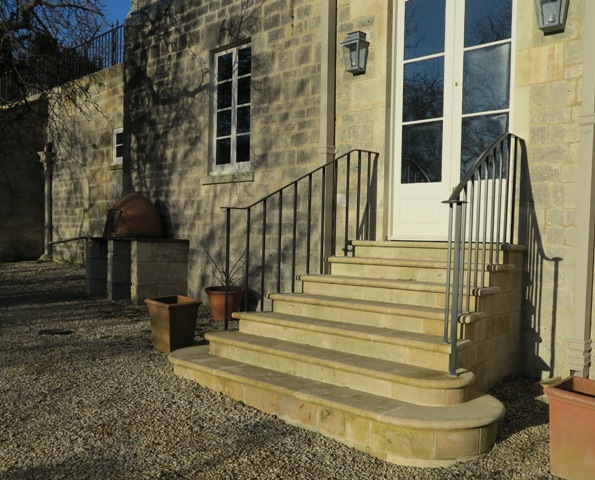 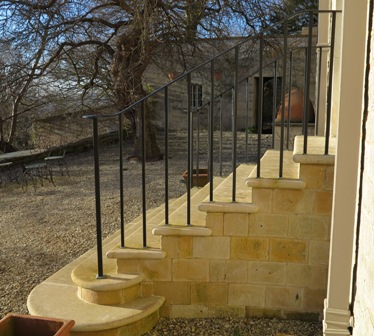 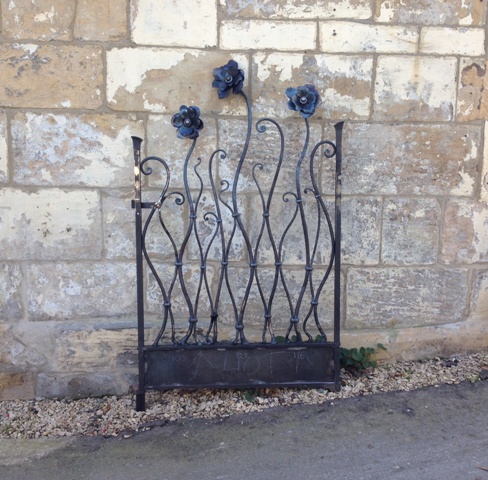